Elfreda Raughn will avoid pregnancy if it kills her, and one way or another, it will kill her. Though she’s able to stomach her gruesome day-to-day duties, the reality of preserving the Sisterhood of Aytrium’s magical bloodline horrifies her. She wants out, whatever the cost.

So when a shadowy faction approaches Elfreda with an offer of escape, she leaps at the opportunity. As their spy, she gains access to the highest reaches of the Sisterhood, and enters a glittering world of opulent parties, subtle deceptions, and unexpected bloodshed.

A phantasmagorical indictment of hereditary power, Star Eater takes readers deep into a perilous and uncanny world where even the most powerful women are forced to choose what sacrifices they will make, so that they might have any choice at all.

2.) The Jasmine Throne by Tasha Suri

Exiled by her despotic brother, princess Malini spends her days dreaming of vengeance while imprisoned in the Hirana: an ancient cliffside temple that was once the revered source of the magical deathless waters but is now little more than a decaying ruin.

The secrets of the Hirana call to Priya. But in order to keep the truth of her past safely hidden, she works as a servant in the loathed regent’s household, biting her tongue and cleaning Malini’s chambers.

But when Malini witnesses Priya’s true nature, their destines become irrevocably tangled. One is a ruthless princess seeking to steal a throne. The other a powerful priestess seeking to save her family. Together, they will set an empire ablaze.

3.) After the Fall by Ben Rhodes

In 2017, as Ben Rhodes was helping Barack Obama begin his next chapter, the legacy they had worked to build for eight years was being taken apart. To understand what was happening in America, Rhodes decided to look outward. Over the next three years, he traveled to dozens of countries, meeting with politicians, activists, and dissidents confronting the same nationalism and authoritarianism that was tearing America apart. Along the way, a Russian opposition leader he spoke with was poisoned, the Hong Kong protesters he came to know saw their movement snuffed out, and America itself reached the precipice of losing democracy before giving itself a second chance.

Part memoir and part reportage, After the Fall is a hugely ambitious and essential work of discovery. In his travels, Rhodes comes to realize how much America’s fingerprints are on a world we helped to shape, through our post–Cold War embrace of unbridled capitalism and our post-9/11 nationalism and militarism; our mania for technology and social media; and the racism that fueled the backlash to America’s first Black president. At the same time, Rhodes learns from the stories of a diverse set of characters—from Barack Obama himself to Cuban rebels to a rising generation of international leaders—that looking squarely at where America has gone wrong makes clear how essential it is to fight for what America is supposed to be, for our own country and the entire world.

Malibu: August 1983. It’s the day of Nina Riva’s annual end-of-summer party, and anticipation is at a fever pitch. Everyone wants to be around the famous Rivas: Nina, the talented surfer and supermodel; brothers Jay and Hud, one a championship surfer, the other a renowned photographer; and their adored baby sister, Kit. Together the siblings are a source of fascination in Malibu and the world over—especially as the offspring of the legendary singer Mick Riva.

The only person not looking forward to the party of the year is Nina herself, who never wanted to be the center of attention, and who has also just been very publicly abandoned by her pro tennis player husband. Oh, and maybe Hud—because it is long past time for him to confess something to the brother from whom he’s been inseparable since birth.

Jay, on the other hand, is counting the minutes until nightfall, when the girl he can’t stop thinking about promised she’ll be there.

And Kit has a couple secrets of her own—including a guest she invited without consulting anyone.

By midnight the party will be completely out of control. By morning, the Riva mansion will have gone up in flames. But before that first spark in the early hours before dawn, the alcohol will flow, the music will play, and the loves and secrets that shaped this family’s generations will all come rising to the surface.

Malibu Rising is a story about one unforgettable night in the life of a family: the night they each have to choose what they will keep from the people who made them . . . and what they will leave behind.

5.) Girl One by Sara Flannery Murphy

Josephine Morrow is Girl One, the first of nine “Miracle Babies” conceived without male DNA, raised on an experimental commune known as the Homestead. When a suspicious fire destroys the commune and claims the lives of two of the Homesteaders, the remaining Girls and their Mothers scatter across the United States and lose touch.

Years later, Margaret Morrow goes missing, and Josie sets off on a desperate road trip, tracking down her estranged sisters who seem to hold the keys to her mother’s disappearance. Tracing the clues Margaret left behind, Josie joins forces with the other Girls, facing down those who seek to eradicate their very existence while uncovering secrets about their origins and unlocking devastating abilities they never knew they had.

A spellbinding supernatural thriller, Girl One combines the provocative imagination of Naomi Alderman’s The Power with the propulsive, cinematic storytelling of a Marvel movie. In her electrifying new novel, Sara Flannery Murphy digs deep into women’s extraordinary power and reveals an unassailable truth: so much strength lies in numbers.

6.) When the Sparrow Falls by Neil Sharpson

Here, in the last sanctuary for the dying embers of the human race in a world run by artificial intelligence, if you stray from the path…

…your life is forfeit.

But when a Party propagandist is killed – and is discovered as a “machine” – he’s given a new mission:

Chaperone the widow, Lily, who has arrived to claim her husband’s remains.

But when South sees that she, the first “machine” ever allowed into the country, bears an uncanny resemblance to his late wife, he’s thrown into a maelstrom of betrayal, murder, and conspiracy that may bring down the Republic for good.

Blocked from facts and truth, under constant surveillance, surrounded by a hostile alien police force: Xinjiang’s Uyghur population has become a cursed, oppressed, outcast population. Most citizens cannot discern between enemy and friend. Social trust has been destroyed systematically. Friends betray each other, bosses snitch on employees, teachers expose their students, and children turn on their parents. Everyone is dependent on a government that nonetheless treats them with suspicion and contempt. Welcome to the Perfect Police State.

Using the haunting story of one young woman’s attempt to escape the vicious technological dystopia, his own reporting from Xinjiang, and extensive firsthand testimony from exiles, Geoffrey Cain reveals the extraordinary intrusiveness and power of the tech surveillance giants and the chilling implications for all our futures. 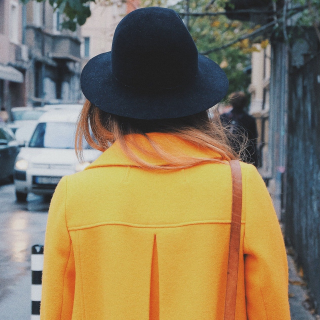